The word “Photograph” was first brought out in 1839 by a scientist named John Herschel by combining two Greek words and these two Greek words are photos and graphein meaning light and to draw respectively. The reason behind using this particular phrase comes from the fact that this process intended to use light in order to imprint images onto a material that was sensitive enough to record it.

How photography has changed over the years?

After the term came into existence, photography soon became a source of communication and information. Earlier, it was used as a form of creative self-expression but it quickly became a tool that documented all of life and the good and bad.

Around 1829, a French painter, Louis Jacques Mande Daguerre with a fellow friend named Joseph Nicephore Niepce continued the earlier effort by the first Frenchman in improving the photographic process.

The product of their work

Their work partnership paved the way for the time reduction in undertaking the photographic process. The original photo taken in 1827 took 8 hours to develop and these two-man were able to finally develop a picture in 30 minutes.

The invention of the negative

In the early 1850s, another big event happened in the history of photography when a man named William Talbot invented the method by which a photographic negative could be used to produce multiple photographs.

The introduction of the first mass-produced box camera developed by a man named George Eastman was to set the stage for the future of photography in 1889. Apart from conceptualizing the said mass production, he also introduced a practical type of film in support of his development.

Many changes have been witnessed over the last two centuries in the history of photography. The first-ever commercially manufactured portable digital camera was the Fuji DS-1P but was never released for sale to the public.

It was actually produced in 1988 and stored its images on a 2MB SRAM memory card. Later in 1991, Kodak upped the game and launched the Kodak DCS that sported a “massive” 1.3-megapixel image sensor and sold for a cool $13,000 USD.

The next evolutionary phase of photography might not be a progression in the way we create images, instead, the next unseen horizon will come from the way we share those pictures with the world or how we store them for ourselves.

Bring these digital memories to life with our exclusive range of photo frames, photo books, photo wall and printing services from Peppy Prints. 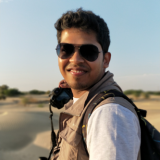 A Guide on Photo Printing and Framing

Photographer of the Week | Harshita Gurjar

A Guide on Photo Printing and Framing

Photographer of the Week | Sandeep S